The former couple — who are parents to actress Lindsay Lohan — divorced in 2007 after 22 years of a tumultuous marriage, which they talk through on “Family Therapy with Dr. Jenn” airing 9 p.m. Wednesday on VH1.

“I’ve been a survivor of domestic abuse for years and I kept it quiet, but all four of my children were behind me to do [the show],” Dina, 55, told Page Six. “It’s pretty heavy-duty at times.”

ALL IN THE ‘FAMILY.’ Lindsay Lohan’s parents — Dina Lohan, of Merrick, and ex-husband Michael Lohan —are among the participants on the new VH1 series “Family Therapy with Dr. Jenn” Mann, premiering Wednesday at 9p.m.

Aesthetic Society News – Reconstructing Hope, One Person at a Time

Based in New York, Reconstructing Hope is a non-profit organization whose mission is to help survivors of domestic violence rid themselves of signs of prior abuse. Reconstructing Hope was co-founded by ASAPS member Adam Schaffner, MD, FACS. Aesthetic Society News recently chatted with Dr. Schaffner about the roots of the organization, its mission, and its future. 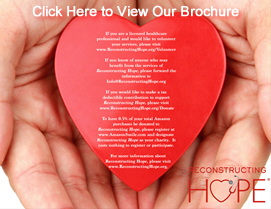