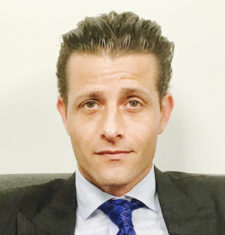 Mark Cohen is the dedicated Director of Reconstructing Hope. Over the past 14 years, Mark has spent his time in the financial services industry. Mark has gained a wealth of knowledge over his time in the business and has achieved great success within the work he has accomplished.

Starting his career at AXA Financial in 2003, Mark has been able to develop his skills not only in finance but in building relationships. During his first professional endeavor, Mark Cohen received various recognitions. From his early earning of number one A class associate in AXA’s Private Client Group to leading the NYC brand to number 3 in the country, Mark continues to showcase his hard work in the finance industry.

After registering over 10 years of experience in large financial institutions, Mark decided to venture into the entrepreneurial side of the finance industry. Mark Cohen had a vision that he and his team could focus on exclusively on working with high net worth individuals and their wealth management. They were also interested in seeking out work with hedge funds and private equity spaces. The organization has since flourished and is still home to Mark’s professional career. BCG Securities, is a major affiliate of Mark Cohen’s organization. His dedication to his work is what has helped him develop such strong teams to surround himself with.

With all of Mark’s experience, he has accrued numerous awards over the years. He has received the Top of the Table award, multiple times, which represents the top 1% of nationally ranked financial advisors. Additionally, in 2012 and 2013, Mark was recognized in the top 20 of advisors from around the country. His time with all of his various organizations has allowed him to meet many people and have meaningful interactions with people from all over the country.

Though Mark Cohen’s home is in New York City, he is avid traveler. Having explored many part of the world, Mark believes that one is only truly capable of seeing the world, by immersing themselves in the culture that surrounds them. Although seeing the world has become a passion of Mark’s, he is always happy to return to the Big Apple to spend time with his family and friends.